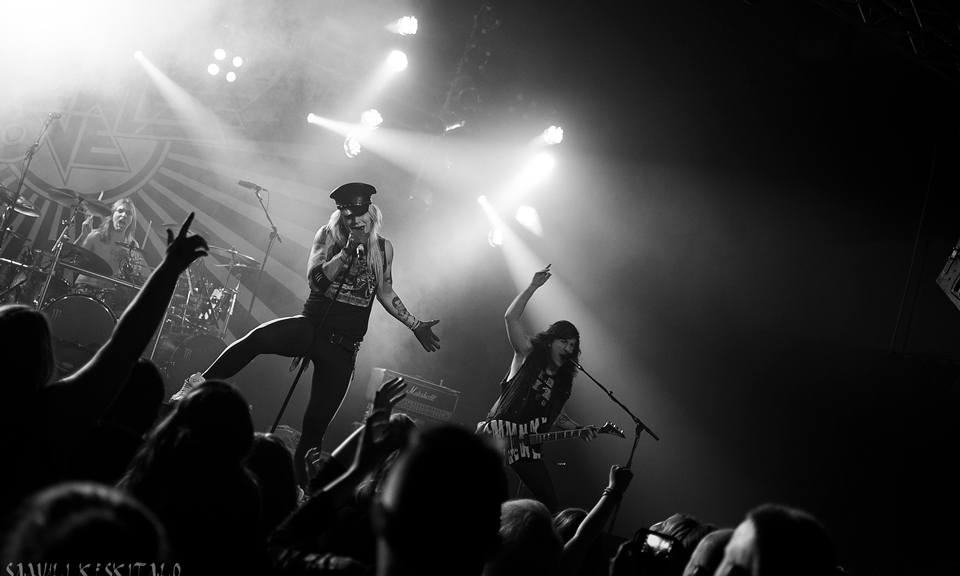 Report and Photos by: Samuli Keskitalo

After finishing their biggest and most successful European tour so far, Reckless Love are making a little tour in their homeland, which continued with the theme of the new album. ”The merry metallers” from Kuopio, Finland released their fourth full-length album (InVader) in early spring this year. The band’s drummer Hessu Maxx said before the album was released that InVader is the band’s boldest and most versatile album so far. And it seems like this particular record has also received good positive feedback in the media. I have spent much time with Reckless Love’s material before the show in Seinäjoki, and overall the new album may even be better than their  album Spirit from 2013. It is a very good and integrated rock album with only a couple of filler songs. Luckily the biggest part of the setlist that night was piled up with the songs from the InVader album – so let’s go for the blasting rock’n’roll night! END_OF_DOCUMENT_TOKEN_TO_BE_REPLACED