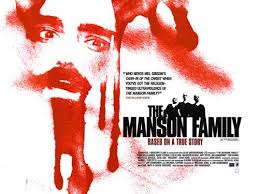 Severin Films today announced the May 7th Blu-ray debut of Jim VanBebber’s legendary, award-winning indie movie THE MANSON FAMILY on the tenth anniversary of its original release. US theatrical dates in twenty major cities are scheduled through March and April and new poster artwork has been created by artist Stephen Romano for the occasion. VanBebber’s highly anticipated new short film Gator Green will accompany many of the screenings and will also be included in the extras-packed Special Edition Blu-Ray release. END_OF_DOCUMENT_TOKEN_TO_BE_REPLACED

In celebration of its upcoming North American release this Tuesday, Metal Army America is currently streaming VREID’s Welcome Farewell in its entirety for a limited time! Fittingly crowned “energetic, infectious, virulently catchy, and furiously, belligerently aggressive,” by No Clean Singing, Welcome Farewell was recorded at bassist Hváll’s own Studio 1184 and is set for North American release via Indie Recordings, March 5, 2013.

Turn up and tune out at THIS LOCATION.

And be sure to vote for VREID’s Welcome Farewell  in Magnet Magazine’s “What Record Are You Most Looking Forward To Next Week?” poll HERE.

Formed in 2004 following the demise of ‘’Sognametal” legends Windir and described by Metal Hammer UK as a “unique time-travel in metal,” VREID seamlessly merge the prime tenets of ‘70s rock, ‘80s classic metal and Norwegian black metal into a difficult-to-pinpoint, expertly arranged sound implosion. Notorious for their well-researched, historically-inspired lyrics, the band’s third and fourth offerings, I Krig and Milorg, were both concept albums based around the liberation work in Norway during World War II. Liberation was also the keyword on VREID’s last offering, V, but placed in a broader historical/philosophic perspective. The lyrics onWelcome Farewell describe a lifecycle through a series of short stories, seen from an existential point of view and, inspired by Hváll’s own local community with its nature, architecture and historical artists such as Arne Garborg and Otto Valstad, are more personal than ever before.

“…a solid disc that offers a little of everything. If you like a good balance, where the black metal has a unique atmosphere and identity without diving all the way into the symphonic realm, definitely give this one a listen.” – Metal Underground

“Welcome Farewell is one more step along a road that will help cast VREID’s legacy in the darkest stone.” – Ave Noctum

“VREID have done it again, coming up with a great record that keeps you tied into the storyline and once again refining their style of black metal. Welcome Farewell is a very well done record that sounds sharp, is always exciting, and shows these guys at the top of their game.” – Meat Mead Metal

“VREID are ostensibly a traditional BM band – the screeched vocals, sawtooth ascending/descending riffs and icy demeanor are all there – but latter day work by the group frequently plods along at an early 90’s death metal pace, and their most accessible songs (ie. “The Reap”) have a tendency to veer unexpectedly toward vintage thrash. In other words, they don’t play by the rules but on the other hand the material doesn’t necessarily rise to any premeditated snubbing of those rules, either. In less talented hands, the VREID formula would be a calculated mess.” – Metal Injection

Like Loading...
QUEEN was honoured with PRS For Music Heritage Award at Imperial College this afternoon (March 5th) where they first played in London on July 18th, 1970.

The black and red plaque was unveiled by PRS Chairman Guy Fletcher in front of close friends and family including Kashmira Cooke, FREDDIE MERCURY’s sister. Special guests included Rhys Thomas, Director and Producer of the popular documentary Queen: Days Of Our Lives, shown earlier this year on BBC Four.

END_OF_DOCUMENT_TOKEN_TO_BE_REPLACED

Over the past few weeks we’ve been inundated with a ton of marketing for the Ed Gass-Donnelly directed THE LAST EXORCISM PART II, seeing everything from trailers, photos, clips, and jazzy new posters hitting the web to get us pumped up for the Eli Roth-produced sequel. The film finally hits theaters today but before you head out to your local multiplex to check it out, CBS Films has given us one more sneak peek at the flick in the form of the opening sequence, which you can check out below. END_OF_DOCUMENT_TOKEN_TO_BE_REPLACED 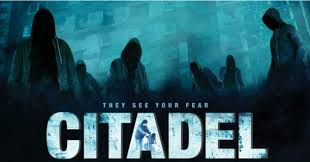 What do you get when you take a fucked up part of town in England, the Leader of the Night’s Watch from Game of Thrones as a priest, a main character who is afraid to go outside and some crazy kids in hoodies lurking the streets sticking pregnant women with dirty syringes and stealing their babies?  You get a whole lot of what the fucks and a fear of riding in elevators.  Also, the movie is pretty good too despite some flaws. END_OF_DOCUMENT_TOKEN_TO_BE_REPLACED