Belgian folk metal band, Ithilien, have released their seconf album, Shaping The Soul via WormHoleDeath recods. Below you can read an interview I had with Jerry, the drummer of the band, who had time to answer the interview regarding the band’s new album and other plans.

Hi and thank you for your time. Please introduce yourself and Ithilien.
Hello, I am Jerry, the drummer of Ithilien. We play folk metal, more specificly Folkcore. This is a combination of traditional Belgian (Folk) music, played   with flemish bagpipes, a hurdy gurdy, a violin  and a bouzouki and a more modern metal genre. The band was founded 10 years ago, there weere several line-up changes but the last 4 years we finally had a steady line-up after I entered the band. They already gave me some stress from the beginning because I only had 3 weeks to learn the full set and start our first tour together. By now we already have reached some major highlights with several tours in Europe and Japan. We also signed with Mighty Music for our first album “From Ashes To The Frozen Land” and now with WormHoleDeath for our new album “Shaping The Soul”. Things can only get better.

You just mentioned about the deal with WormHoleDeath records and released your second full-lenght, ”Shaping The Soul”. What is the theme of this album and the musical direction?
About the theme, we decided to write about grief. It’s something that appeals to every single person and is realistic. Basically we wanted more mature lyrics, we then based the album around the Kubler-Ross Model which is, in short, the 5 important stages of grief: denial, anger, bargaining, depression and acceptance. Every song of the album has its corresponding stage. The first song, ’Blindfolded’’ represents the denial, ‚’Lies After Lies’’ and ”Shaping The Soul’’ are a manifestation of anger while ’If Only’’ obviously represents the bargaining stage, ’’Edelweiss’’ feels depressing while ” The Bear Dance’’ represents acceptance. I encountered a bad moment in my life after the recordings were done with a relationship ending badly. It made me realize how the feelings were equal to what the album reflects. I never knew ’Shaping the Soul’’ would grow so much under my skin.

END_OF_DOCUMENT_TOKEN_TO_BE_REPLACED

Belgian folk metal band, Ithilien, have released a new video, ”Blindfolded”, song taken from their new album ”Shaping The Soul”. The album will be out on 17th of February.

Belgian metal band, Ithilien have signed a deal with WormHoleDeath records to release the new album, ”Shaping The Soul”. 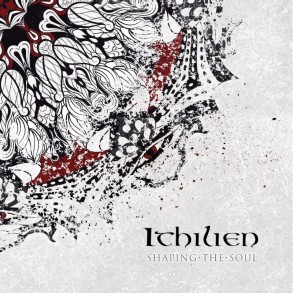