How Batman and Christopher Nolan saved the Friday the 13th franchise, for now…

One of the biggest hold-ups to a sequel to the 2009 remake of Friday the 13th was that there were just too many hands in the pot. Just yesterday I was talking with a few colleagues about how we won’t see the return of Jason Voorhees until someonelets up – whether it be Paramount or New Line/Warner Bros. Pictures. After years of fan tears, breaking news comes out of the Hollywood Reporter who writes that Paramount Pictures has officially landed the franchise rights, which also include Jason Voorhees and his likeness. This is major news as we should expect a sequel to get back on fast-track immediately. END_OF_DOCUMENT_TOKEN_TO_BE_REPLACED

EXODUS and temporary SLAYER guitarist Gary Holt is featured in a new video interview conducted by The Age Of Metal on March 24th in Tempe, AZ. Check it out below:

Due to the Mickey Mouse executives, Exodus will be forced to miss the April 12th date of the Metal Alliance Tour. An official statement from the band reads:

“Because Disney has decided that Exodus is TOO METAL for them, we will NOT be playing the Lake Buena Vista HOB show in Florida, but the fine thrash maniacs in Tampa have invited us to rage at the Orpheum instead. Who’s comin’ out for a Lesson in Violence?”

Exodus is not the first metal band to feel the wrath of the corporate powers behind Walt Disney Properties; MACHINE HEAD has been banned from the House Of Blues venues in Anaheim and Orlando (both of which are situated on Disney property). “Violent imagery”, “inflammatory lyrics” and most appallingly “undesirable fans” were cited as the reason.

Out of the blue today I got an email request to review a short fifteen minute film called Universal Dead.  The email contained some info about the cast which, surprisingly, is filled with known and talented actors.  I say surprisingly because I just didn’t expect to see a little indie flick contain actors from Star Trek: Enterprise, Hellboy and Jericho.  But they got them and I saw all the better! END_OF_DOCUMENT_TOKEN_TO_BE_REPLACED 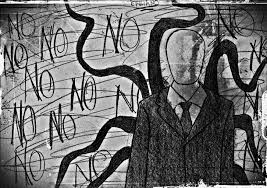 Slender Man has been making a lot of rounds here lately and has become very popular.  Not bad for a internet created entity.  Anyway a group of film makers from New York has given Slender Man a go with a short film they have made.

It runs just short of 25 minutes and is a interesting film.  So if you have some time to kill give it a shot and have some Slender fun.