The floor moves, little ones pass overhead and anyone falling is in danger of being trampled: riotous SLAYER pit, or Black Friday shopping frenzy? Few family holiday gatherings can compete with a Jagger amped Kerry King (guitar) and the sinister, serial killer inspired stare of frontman/bassist Tom Araya, the lone remaining original members of SLAYER. Any tryptophan hangover, or midnight shopping spree malaise was quickly blown away, as the thrash legends dominated the Susquehanna Bank amphitheater, enclosed for the winter months. Only one more day left on the current North American tour. END_OF_DOCUMENT_TOKEN_TO_BE_REPLACED

The surviving members of California thrash titans SLAYER have opened up to Guitar World magazine about the passing of the band’s founding guitarist Jeff Hanneman, who died on May 2 from alcohol-related cirrhosis of the liver, a result of a lifetime of drinking. END_OF_DOCUMENT_TOKEN_TO_BE_REPLACED

Due to a “variety of personal issues and matters with one of the members,” San Francisco Bay Area thrash metal veterans EXODUS will not perform at Maryland Deathfest XI, set to take place May 23-26 in Baltimore. Replacing them on the bill are Arizona thrashers SACRED REICH.

EXODUS guitarist Gary Holt has spent the last two years filling in for SLAYER founding axeman Jeff Hanneman who in January 2011 contracted necrotizing fasciitis, likely caused by a spider bite, and has been undergoing surgeries, skin grafts and intense rehab since.

EXODUS‘ latest album, “Exhibit B: The Human Condition”, was released in North America on May 18, 2010 via Nuclear Blast Records.

The CD sold around 4,600 copies in the United States in its first week of release to debut at position No. 114 on The Billboard 200 chart.

EXODUS‘ previous album, “The Atrocity Exhibition: Exhibit A”, opened with 3,600 units back in October 2007. 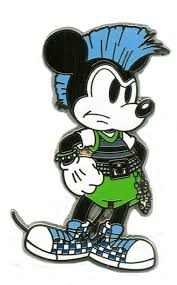 EXODUS now finds itself among a list of several other heavy metal bands being banned by the Disney Corporation, including MACHINE HEAD, DAATH, SNOT, THE FACELESS and GALLOWS.
END_OF_DOCUMENT_TOKEN_TO_BE_REPLACED