Atropas is a Swiss Melodic Thrash metal band and here is an interview with the band’s vocalist and guitarist who spoke about the upcoming album and other things. 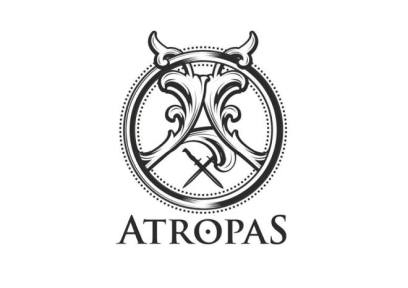 Hi Mahmoud, how are you?
Hey Carla, I’m doing very well, thank you.

Tell me when Atropas was founded.
Atropas, in the way it is now, was founded almost three years ago. We’ve had different members on and off, but this line up has been sticking it out for roughly three years. Sandro, our drummer, was the last one to join after he had split up with his former band.

”Azrael” is the band’s debut album out in 2013. How the recordings went so far?
We did everything ourselves except for the mixing. It took way too long for us to get this the way we wanted and I think it was a good lesson on how to not do things, recording wise. There are many things I am not very happy about with that first record, sound wise. I think the record has some really strong songs, but sound wise, it could have been much much better. We are thinking of re-recording some of our favourite tracks off that record, just to give those tracks the scoundscape that they deserve.

What about the new album?
The new album was a whole different experience. I did the whole preproduction myself and it took me a long time to get the songs the way I wanted them. Our producer, Jonny Mazzeo of MathLab Studios in Italy, gave us some feedback and helped us get closer to the result we wanted, and that’s just during preproduction. Once all the songs were in place, we got ourselves to Pistoia, Italy (close to Florence) and recorded the album in about 3 weeks. It was a huge learning experience for everyone involved and I personally have never struggled with my guitar playing as much as I did during that tracking process, but Jonny made sure he got the very best results and performances out of every one of us. Sandro nailed his drum parts in something like two and a half days, Kevin did the bass parts in something like three or four days. Everything else was guitars and vocals. I was present in the studio for all of the tracking process and I recorded all of the guitars and vocals. While the guitars were a struggle for me, the vocal parts were much easier in comparison, albeit physically very demanding. Lorenzo Guddemi, who works very closely with Jonny, took care of the vocal tracking. We did all of the clean vocals and harmonies first. Once that was done, we tracked all of the screaming and growling parts. On the very last day of recording, we tracked all of the screamed backing vocals in something like an hour, we went through everything very very quickly.