Not since Doctor Frankenstein robbed some graveyards, stitched together some body parts and harnessed the power of lightning and raised a dead corpse back to life has a band had such an equivalence of revival in popularity and creative resurgence as ACCEPT.  Not Iron Maiden, not Judas Priest but the German Teutonic power house known as ACCEPT.  They performed this miracle by going against the advice many labels and critics wanted them to do and bring back in Udo Dirkschneider, and got a completely new singer in Mark Tornillo. END_OF_DOCUMENT_TOKEN_TO_BE_REPLACED 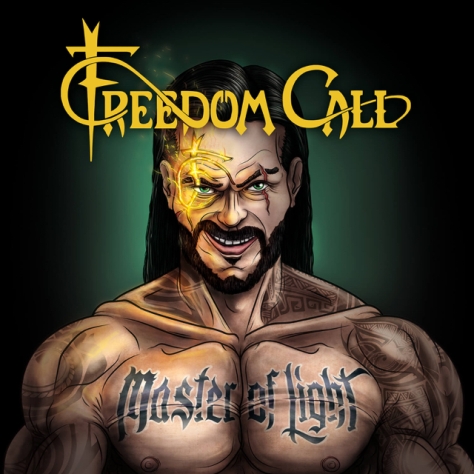 By: Callum (CJ) Lavender
Label: Steamhammer/SPV
Available: 11th November 2016
Official Website: http://www.freedom-call.net/
The appointed creators of happy metal are back once again with a new album. With bands like these I’m always surprised that they can keep producing material every 2 years without getting burned out. Although seeing that I am a Freedom Call fan I’m not going to complain. So Master Of Light album (which I also believe the song may be a sequel to ‘Land Of The Light’) can pretty much be summed up by the opening track ‘Metal Is For Everyone’. The music video features clips from all their fans singing along, which includes men, women, and children, from all over the place. Which is very interesting to say the least. There is a lot of identity politics that goes on in the metal community, driven by all the different sub genres within the genre, which is often where the ‘no true Scotsman’ fallacy sometimes gets thrown around. But with this song and video it’s Freedom Call saying what they’ve been saying for years, as long as you enjoy what you enjoy then it doesn’t really matter.

END_OF_DOCUMENT_TOKEN_TO_BE_REPLACED

My, my how the modern age of technology can bring the old and obscure back into the light again.  There are a number of labels out there who do their best to make sure that the bands who didn’t get their break back in their prime at least get to see a wider audience today.

So we have Heaven and Hell Records digging in the crypts of heavy metal to uncover the tombs of various metal artists they deem worthy for new life.  One such band is…X-Caliber and their album ‘Warriors of the Night’.  So does the Dr. Frankenstein routine worth the effort for X-Caliber?  Read on! END_OF_DOCUMENT_TOKEN_TO_BE_REPLACED 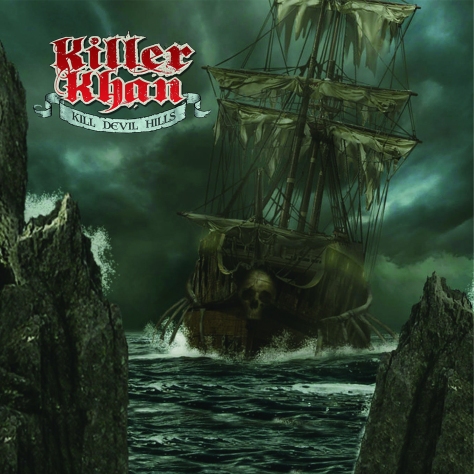 Ok, I am a bit late to the game here as apparently the band has a current release from April of this year you can listen to in the Bandcamp link above.  However this was the promo available to me…so…you get a Kill Devil Hills review.  You’re welcome!

So what can say about Killer Khan?  Well from their bio they hail from the Appalachian Mountains of North Carolina and apparently made their debut back in the in 1990’s.  Not exactly a prime time to be a metal band…especially coming from the Southern area of the United States.  However let’s talk about what we have in present day shall we?  What we got is a band that blends in Black Sabbath/Candlemass styled vocals with a traditional heavy metal sound musically and the occult and mystical lyrical stylings of early doom bands.  That in a nutshell is what you have with Killer Khan.  You can’t really label them a doom band since musically they are faster paced and more melodic but you can’t really place them into a traditional/power/speed metal band either due to the vocals.  This, fortunately for Killer Khan, sets them a bit apart from other bands. END_OF_DOCUMENT_TOKEN_TO_BE_REPLACED

I was waiting to listen this album so much and all I can say is that I am very impressed by this amazing work! Comparing with the previous release, Sacra Massa, Sacnta Sanctorum is a full-length, containing 10 amazing tracks.

The album is more dark, including little ambient elements which makes the songs to sound more interesting, aswell the album is heavier, to point exactly the song ‘’Ancora Resto’’ is like this. 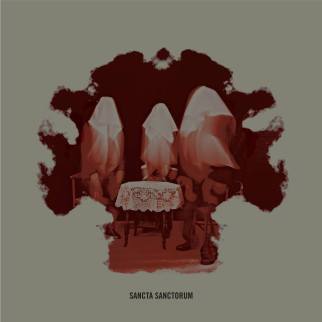 ‘’Come L’ombra’’ and ‘’Reti E Pareti’’ are my favorite songs from this release. First, ‘’Come L’ombra’’ has exactly all the dark and ambient elements and the video is also interesting, having an interesting story behind. This song is not NoN’s song, the original is by Trio Lescano, written around 1940’s. Second, ‘’Reti E Pareti’’ is the only ‘’soft’’, relaxing and beautiful song of the album, sending lots of emotions.

Doesn’t matter in what language the songs are, for me the most important thing as an album to be great is the sound of it and then, Sancta Sanctorum has a perfect sound, all the instruments can be heard and as mentioned earlier, I like it more because it has ambient elements too.