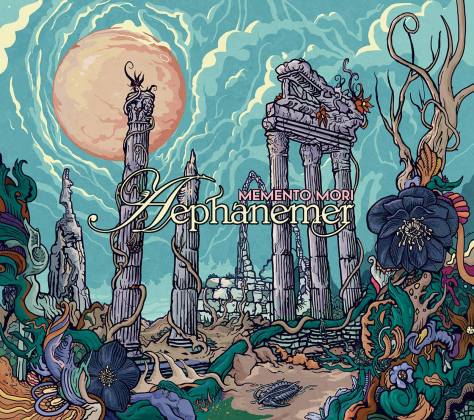 Memento Mori is the debut album of melodic death metal band Aephanemer. And it’s not often that a debut album on an independent label is this polished. In 2013 Aephanemer was the solo project of Martin Hamiche. In the short time since it has grown to a full band operating under its own label, which is fairly impressive. But you’re not here for a history lesson on the band. You want to know about the album, right? Right.

First off, I rarely mention the album cover, but in this case I think it’s worth mentioning, as it is really cool. It feels like a shout out to the psychedelic album art of the 60s and 70s, and just catches the eye. As far as the music itself, top notch. The guitar work especially impressed me on the album. But there were no let downs on the album. From start to finish, the album delivers. And with Martin’s background composing instrumentals, it’s no wonder that the closing track, Gilgamesh, is epic.

So here’s my recommendation; if you’re a fan of melodic metal, grab this album. I don’t think you’ll regret. Can’t wait to see what Aephanemer comes up with next.