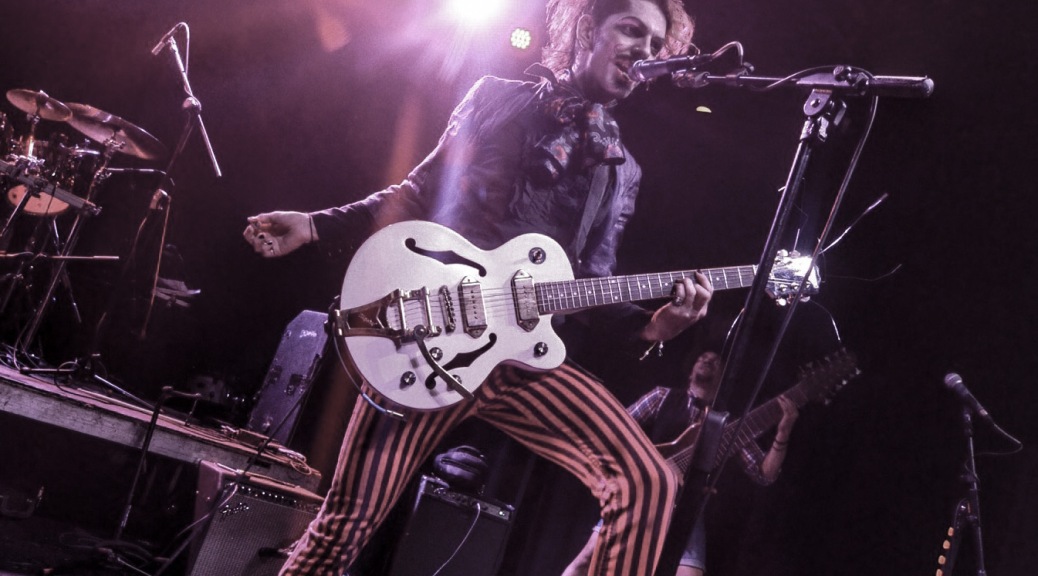 Report and Photos by: Melody Ryan

Sitting in the dark balcony at Exit/In, I looked down at the cobwebs that had formed in the cracks of the rafters, and I noticed a creepy crawly little cockroach walking along the ledge. I thought, “How appropriate… he must have come out for the show tonight.”

My new friend disappeared into the shadows, probably to get a better view of Fable Cry who was now taking the stage. A fantastically freaky, spectacularly spooky group of individuals, Fable Cry resides in music city itself and shines brightly like a full moon, casting a ghastly glow over a town that is deeply saturated in music. 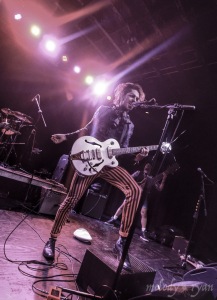 Fable Cry has basically created their own realm of music, and they have developed their own unique sound as well as a live show unlike any other.  They have come to define their style as “theatrical scamp rock”, which is a very fitting description.. And their stage performance is comparable to a fairy tale rock carnival gone dark and twisted. Fable Cry will tickle anyone’s fancy who enjoy bands such as Pinkly Smooth(the best goblin metal that ever was), Gogol Bordello, and Foxy Shazam, or for anyone who is looking for something new and interesting to listen to. Their music is playful and dark, and their songs bring forth a fun feeling of nostalgia, reminding you of when you were a child at sleepovers excitedly sharing scary stories and imagining twisted tales of graveyards, the supernatural, and creepy creatures lurking in the shadows. These guys may very well have crawled straight out of a Goosebumps book.

Donning a handlebar mustache, fabulously messy hair, and a guitar, Zach Ferrin has a

spectacular, expressive voice and a mesmerizing stage presence as well as Scott Fernandez who dances around without a care while playing his gorgeous 12-string bass.  Nic Giordano played some killer drums while also contributing vocals, and at this show, Mallory Kimbrell filled in for Jo Cleary, adding some fun, non-traditional instrumentation and props to the music that included accordion, a tee-tiny piano, and even confetti poppers.

On this particular night, their performance was fantastic as usual. Fable Cry’s stage presence really accentuates their music and gives the audience a theatrical and interactive show that takes everyone to a land far, far away and leaves you with a grin plastered on your face like that of a ventriloquist doll.

Catching one of their live shows is a must, but in the meantime, they currently have two albums out, self-titled Fable Cry, and We’ll Show You Where the Monsters Are, released just last year. They also have quite a few singles and an impressive collection of artistic and unique music videos you should definitely check out. Make sure to keep an eye out for these guys, haunting stereos and music venues near you.