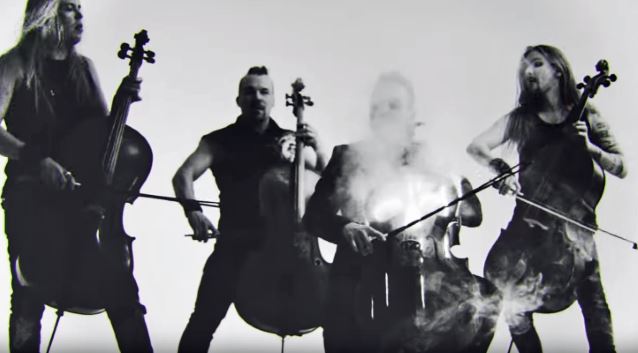 On May 10, 1996 Finnish rockers APOCALYPTICA released their epic debut, “Plays Metallica By Four Cellos”. The instrumental cello-driven rock opus changed the landscape of heavy music for years to come.

To celebrate the 20th anniversary of the album, the group is re-releasing it remastered with three bonus tracks. Added to this new version will be never-before-released instrumental recordings of “Battery”, “Nothing Else Matters” and “Seek & Destroy”. The album will be available on July 22 on vinyl (2 LP set) for the first time in many years.