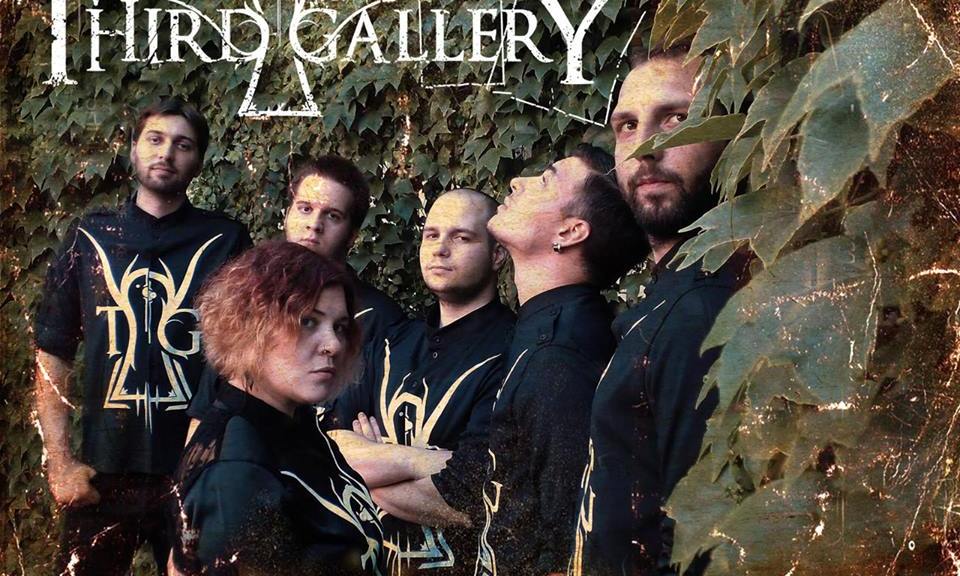 Interview with Jelena, the lead vocalist of the Serbian metal band, Third Gallery. 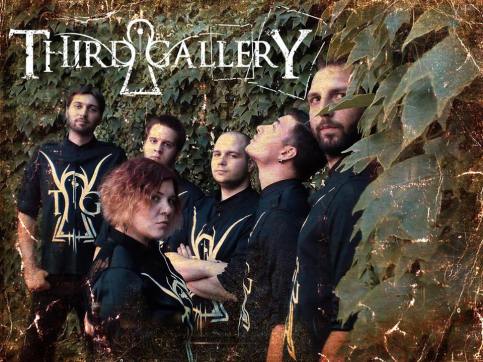 Hi Jelena, how are you?
Awesome, thank you for asking! I just finished decorating my place for the upcoming New Year’s party. There was always something so exciting about the holidays that’s keeping you all fired up and psyched during the cold winter days here!

Tell a few things when the band was formed.
The band was formed in late 2007 by my guys Dragan (drums), Dimitrije(keyboard, vocals) and Laza (bass). They started this band’s journey while they were still in high school and are still rocking together ever since. I honestly think that my life today would have taken a whole different turn if these three metalheads didn’t start trashing their cheap instruments back in the day. We’ve always been like family and still are.

Talk about the releases.
We had our official firstborn back in 2010. It was a single entitled “Falling Away”, after which we’ve put out a self released debut album “Missing Piece Retrospective” in 2013. Over the years Third Gallery went through a lot of stuff and the first album  was actually suppose to represent a more or less detailed retrospective on all of our lives, from the moment we got together, until the formation of the band you can see today. Our latest release is a single called “Rolling Stone” and it is kind of an introduction to our new sound, more solid and heavier than our previous work, while also being kind of a herald of our new album that will be more daring and conceptual. Check it out!

Are you going to release new stuffs soon?
We’ve actually advanced far into writing songs for our new album as we speak, so if we keep up the pace, it shouldn’t take long until it is finished. It has been nothing but hard work for Third Gallery since our last album, and hopefully, people will be able to hear our efforts on the upcoming record. We might put out another song and a video eventually, but we are really focused on finding a good label at this point, so we want to be patient with uncovering everything just yet. Nonetheless, there are always news regarding our work, along with bunch of different stuff that people can hear and see on our official pages.

What about Third Gallery’s influences?
I could say we’ve been influenced a lot by the Greats like Metallica and Pantera, but what actually influenced us the most and got us started were the local heroes at the time. We’ve had a strong passion for the scene and bands we hung out with or were constantly in touch with. Those relationships inspired us to do the whole “let’s make a band” thing. I mean, it really is a way of life from that perspective. Artistic cravings came in later with the new and serious approach to our music. There is a whole different specter of areas we drain our inspiration from: Music, movies, books, science, you, me and everyone else…

Also, what are the lyrical themes?
Dimitrije rocks that shit! ( laughs ) He’s the chief songwriter.  I really like the way he does what he does, so when it comes to that, I fully trust him. Basically, the lyrics are about us and the people who surround us in these somewhat confusing and violent times, all wrapped up in a pretty introvert and passionate way.  Both good and bad times inspire you, you know… There are many personal crucifixions that directly affect the way we write. However, it’s all about life and acceptance.  We can’t get enough of inspiration surrounded by things that constantly force us to get to know, fear, hate, love and forgive ourselves more, to learn and explore our boundaries. Sometimes you wander off to a very dark place, but one always comes back stronger and smarter.

Are there any shows confirmed?
Yes, we are preparing for an upcoming performances and gigs. Although, given the new opportunities and how the bricks are stacked in our favor lately, we can expect some good shows this year.  We want our music to reach out to some different places and new people. The first upcoming gig is in mid-January, where we will play along with an Italian band “V- Device” in Novi Sad.

What message do you have for the suporters?
Our fans always recognized our passion as well as they understand our music and the way we do things, for which we are eternally grateful. Some of them are people who’ve known us from the very beginning and stayed with us all this time. Honestly, I cannot wait to share all the new stuff with them and everyone else.  Our message we’ll be something like… Thank you all so much, we will bring some more crazy shit in the future! Spend your holidays with loved ones, in good health and cheerful mood. Keep rocking!

Thank you for your answers, cheers!
You’re very welcome, anytime! Thank you for the honor of having me as your guest! All the best to you and your readers on behalf of Third Gallery! Until next time…Cheers!

One thought on “Interview Third Gallery”