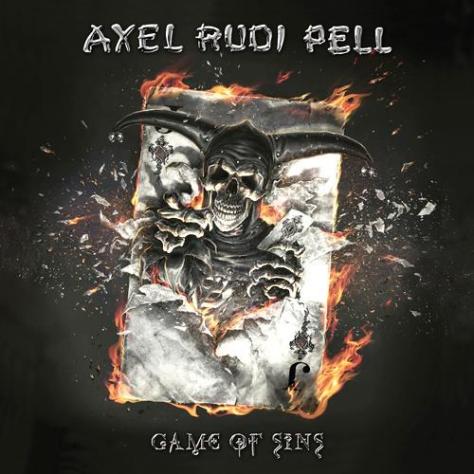 By: Callum (CJ) Lavender
Label: Steamhammer/SPV
Available: 15th January 2016
Official Website: http://www.axel-rudi-pell.de
Happy 2016 metal readers. And what better way to start of the year with a brand new Axel Rudi Pell album that I’ve been looking forward to. As some may know I am a die hard fan of the singer Johnny Gioeli so I will try to keep my bias in check here. I actually think that ARP share many similarities to Freedom Call. Both bands are from germany, both bands are on the same label. there both working class bands who release official albums every 2 years while touring all over Europe, both bands make songs about medieval fantasy metal, and both bands more or less stick to the same formula when making new music with the occasional different idea to keep it fresh. The difference here is that ARP are a bit more heavier and slightly darker.
So as an avid fan of Axel and Johnny it gives me plenty to talk about and plenty past material to compare this album to. My two favourite Axel albums are Mystica which was my first introduction to the project, and Circle Of The Oath which is one of their most successful albums. The first thing to address is what many fans will point out are the similarities to all the previous material only sounding a bit more updated. To this I agree since Axel has stated himself many times that he never likes to stray from his musical style. I support this because this is one of those times where if it isn’t broke they don’t need to fix it, and with the occasional small different idea to keep it fresh and worth listening to then there is a special skill to doing that.
This album has the familiar set up’s that makes ARP albums great. Same power metal sounds, same lyric themes and same song structures. From heavy fast paced anthems to the slowed down metal albums. A lot of the songs can be considered greatest hit songs or sequels to previous songs. These things make the album a very good listen for me. Not to mention all of the guys are still on top form and demonstrate how well they can play, especially Axel’s guitar skills and especially Johnny’s god like voice (stop being bias CJ!) The only small trivial thing I want to criticise is the absence of their previous drummer Mike Terrana, who can now be seen and heard drumming for the likes of Tarja Turunen and his solo project. Thats not to say that Bobby Rondinelli is not a good drummer. He’s done a great job on the two Axel albums and they were still able to replicate the same drum sound. I just feel that Mike fit in better, and he’s one of those very few drummers who has his own unique style where you can tell that it’s him playing.
This new instalment of Axel Rudi Pell is fantastic and it’s an album I myself will be paying for when it comes out. I was lucky enough to see the band in London during the 2012 tour but sadly there’s no UK show this time. Still the album itself has set a very high bar for new releases this year and is going to be very hard to beat.