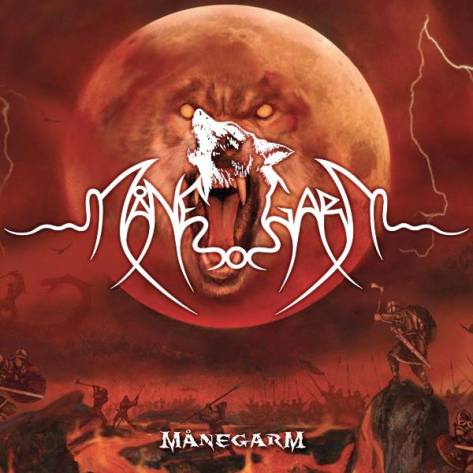 By: Callum (CJ) Lavender
Label: Napalm Records
Available: 20th November 2015
Official Website: http://www.manegarmsweden.com
It might be apparent to those who follow my write ups that when it comes to rock/metal, I gravitate more towards classic rock, fantasy metal, and most kinds that have some form of synth thrown in. Then there are other times that I like punk and celtic/folk metal on the side. As I write this during the witching hour I’ve come across another first time discovery of celtic folk metal band Manegarm.
So how do I pick and breakdown the contents that this album has to offer to us metal fans. Well it’s not so much experimental in a way that is trying all kinds of bizarre ideas, but it doesn’t stick to the same thing either. I have sympathy for bands that have to make tough calls when creating music. Do they stick to the same formula over and over again or do they try to sail new and uncharted waters. Experimentation for any band can be risky although sometimes with risks come the rewards.
The songs range from heavy emotional driven songs, to fast paced energetic songs, to unplugged balled type songs. The variety works in the bands favour. I do question a few of the vocals and time length in certain places but overall these are just trivial niggles. It has next to no black death metal cliches and overall it’s enjoyable to listen and rock out to.
I’m not going to praise this as the best album ever made but it does have a lot of great delivery.