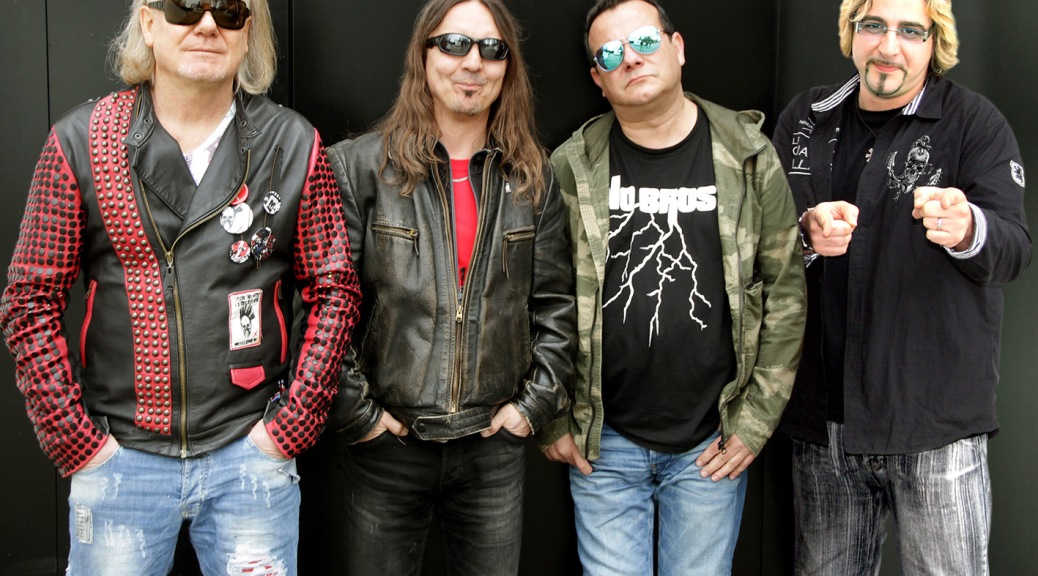 Interview with No Bros.

Hello to you Andi, how have you been?
Fine, thank you. Just had NoBros rehearsals 2 days ago, but back to the interview.

The band was founded around 1974 but you have joined No Bros in 2008.
I am a Band Member since 2014. There we startet to record some songs. That happened in Vienna, at Freddy Gigele´s Studio and my Homestudio. But I know Klaus, who is the head of No Bros for a long time and we worked on some projects in the past. And there I played also some gigs for No Bros and also three songs (in the studio) of this big „Schubert in Rock“ project. On this CD (and the concert) have been musicians like, Don Airey (Purple), Doogie White (Rainbow), Marc Storace (Krokus), Neil Murray (Whitesnake), Joe Lynn Turner (Rainbow, Malmsteen, Purple), Tony Martin (Black Sabbath), and so on.

Let’s talk about the new release, ”Metal Marines”.
Oh yes. The main work of the album happened in August this year. There we put all the songs together, played most of the studio tracks (guitars, bases, vocals, keyboards and so on…). Mixed it and sendet it for the final mix to the „planetm sound department“ studio. This is near Linz. Here also a big „thank you“ to Gery Moder and Martin Seimen. The Mastering of the Album was done by Robert Romagna.

What are the main lyrical themes?
There are no main themes. Every song has its own theme. If you want so, then the main message is: „rock´n roll will never die“.

Who use to write the music for No Bros?
Most of the songs are written by Klaus Schubert. On the ”Metal Marines” album there are also a few songs from Freddy Gigele (like „Dark Chamber“, „Runaway Girl“).

Do you have plans like touring?
Yes there are some tour planes, but this is all I can tell you about at the moment.

Also, did you start to write new materials?
As I know Klaus works always on some riffs and songs but by now it´s too early to work out new material, we just finished this album.

Are you and the other members involved into other music projects?
Yes, all of us.

And a last question, do you have a message for the No Bros fans?
Long live Rock´n roll and celebrate a Heavy Metal Party.