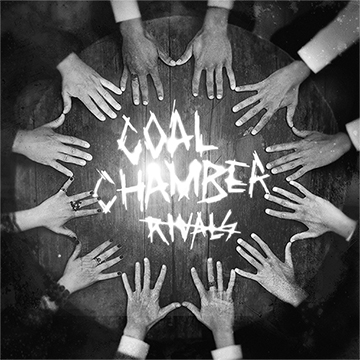 My relationship with live heavy metal music began with Coal Chamber, second stage at Ozzfest ’97. The band’s set—raw, naked aggression, fury unlike anything I had ever felt—blew me away. The simple power of the performance left an impression. At the time I had no clue about things like musicianship, arrangements, virtuosity, and other considerations of musical talent and skill. Nor was I aware that Nü-Metal had become a contentious issue among metal fans. On that day of my first metal show, Coal Chamber tore open a gateway through which I would pass, never to go back.

But that was 18 years ago. Nostalgia is a funny sort of remembering. Many fans grew up and moved on. The band itself dissolved in spectacular fashion in 2003. Yes, I still enjoy the first Coal Chamber album from time to time (not the second and third albums, like at all), for the way it expresses that otherwise inexpressible feeling of unfocused juvenile outrage. But like I said, nostalgia: I remember being impressed by Coal Chamber 18 years ago. Now? Not so much. Fourth album Rivals was a long time coming—the band had to mature during their hiatus to even be able to write it. In every song you can hear that undercurrent of maturity, the rage much more subdued compared to the meth-fueled shitstorm that was the first album. Rivals could pass as the work of a different Nü-Metal band if not for the unmistakable Dez Fafara growls. It sounds like something Coal Chamber would record, I’ll give it that. It sounds like an album for playing too loud in your bedroom just to piss off your parents. It sounds like an album for provoking shirtless, incoherent metal bros into moshing and shouting slogans such as “BLLUUUUUAARGGHHH!”

Not that Coal Chamber hasn’t put in the effort; clearly, they created the album they wanted to create. And among the large base of Coal Chamber fans—some new, some dangling from their nostalgia—there was clearly demand for new material. New Coal Chamber is commercially viable, some of it even radio-friendly (though none as bad as that song about helping a senior citizen test obedience eletrodes on cages lab animals, I think it was called “Shock the Monkey.”)

But with or without Rivals, the world would have gone on spinning.