Wormwood is a five members Swedish Black ‘N’ Roll band who this year in March they released their first debut album which mainly focuses on themes about dark, cold waters and creatures from long tales. Here is an interview I did with Tobias Rydsheim, the main guitarist of the band which answered some questions about the band. 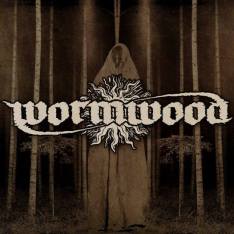 Heya, how are things going?
Tobias: Hey! It´s all good. Enjoying to spend a few days off, since it´s easter holiday right now.

Tell me a few words about how Wormwood formed?
Tobias: Me (guitar), Johtun (drums), Borka (bass) and a guy named Gustav (guitar) starded to jam together, we made a few songs and had a good time. But when we found our singer Nine we could become a full band, and could finally pick an official band name and stuff. Gustav left the band after the first gig, so we had a replacement guitarist for two gigs. Short after that, Nox (ex -Pray for Locust,Withershin) joined and we felt complete as a team.

The first debut EP was out this year, how were the recordings done and did it have a theme?
Tobias: The EP was a zero budget production that I put together from the resources I had at that time. 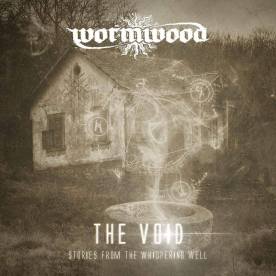 Was there something that influenced you guys on this album or is it all original material by you?
Tobias: Yes, there is a strong theme through the six songs, they all have something in common. It is old forgotten stories from the northen parts of Scandinavia that we translated it into music and lyrics. Or as we use to say it – “Six immersive songs about the dark, cold waters of the arctic, splendid northern woodlands and creatures from long lost tales.”

How were the first shows? Are you planning more shows?
Tobias: The first shows was good, and it´s getting even better. Of course we´re planning a lot of new shows, more info will come soon!

Do people like it all?
Tobias: I hope so.

Talking about you now, is it safe to say you are the ”leader” of the band.
Tobias: I would not say me or anyone else is the leader of the band. We´re all into this together as one. But we have different skills that we take advantage of.

Can you tell me some of your influences?
Tobias: Oh, my personal influences? That´s a tough question. I enjoy listening to everything from oldschool rock music to obscure extreme metal sub genres. Swedish/Scandinavian Folk Music is also something that i enjoy very much. Influences is not just about music and other bands. It´s about life in general, atmospheres, feelings, nature. Yeah, like everything that comes across your path. 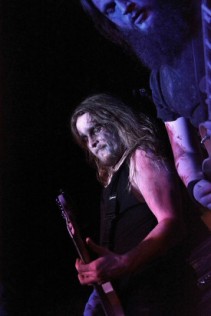 Are you guys planning a new album soon?
Tobias: Yes, we are! We have already a done a few songs, they are fucking great! So I really hope that the next album will get alot of attention when it´s finnished.

Do you have a message for the fans?
Tobias: Spread the word, stay metal and visit our website to read more about The Void and the stories from the whispering well!

Thank you for this interview Tobias. Rock on!
Thank you too!