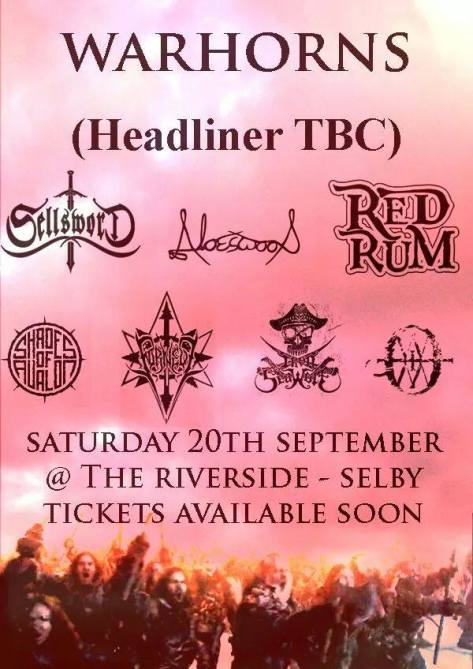 The UK’s leading folk/Viking/black metal festival, Warhorns, has announced four more bands for this year’s  line-up. All four bands hail from the northern areas of England and represent the North’s metal scene exceedingly well. The four bands to be announced are Shades of Avalon, Iron SeaWolf, Forneus and Gods of War.

The full line-up is as follows:

Warhorns 2014 will take place at The Riverside in Selby, North Yorkshire on 20th September. Tickets will be available soon.