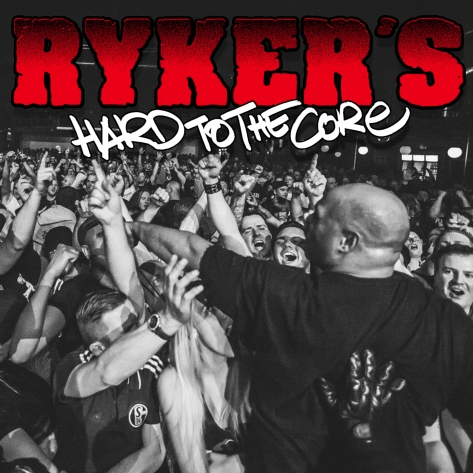 Rykers is a band from the nineties and they certainly look and sound like it, it would have most likely been awesome to see them perform back then at an underground gig… now not really so much. I will say now that I do like the concept from what I’ve read and heard but sad to say it fails to live up to it’s expectation. Yes I’m afraid it’s going to be another review of mixed thoughts.

Upon my first listen I hear very mixed things even though it’s more or less the same through out, the reason I say that is because the album is all over the place. As a result my interest came and went quite frequently. Oh and there’s a track that literally does what it say’s on the tin and that’s the sound of smashing bottles which made me go “ummm… ok?”.

The songs I enjoyed the most and recommend are: ‘Divided By Colors’ and by extension ‘Can’t kill A Dream’ if only for the title.

Instead of writing separately about what I like and didn’t like this time I figured I would write about both in the same paragraph, as it really is 50/50 here. Most of the intro’s and choruses are the albums strong points, the guitar & bass sounds are sensible (probably the wrong word to use in a review like this) and the vocals & harmonies are fairly cool as well especially with chants like “LET THE GUITARS RAIN!”. These are the parts I can really enjoy. However it’s mainly with the verse and bridges etc. is where it goes all over the place and my interest and enjoyment will quickly fly out of the window again. The guitar & bass sound is just not listenable and I really can’t enjoy the vocals at that point. Although every now and then it’s vice versa. The album is more or less the same through out which can be a good or a bad thing depending which way you look at it, in this case its bad because after a couple of songs you can predict the formula and you quickly grow board. Then there’s also the time length with most songs lasting about three minutes each, again this is both a good and bad thing because just when your enjoying one part it ends but then other times it won’t end soon enough.

So it’s not overly dreadful but it’s not overly brilliant either, I think when you get down to it even with the enjoyable parts after one listen this album with get extremely repetitive extremely fast. My final verdict is a 2.5/5, if the album only consisted of the good parts I mentioned then I wouldn’t mind head banging to it once in a while and I would happily up it to a 3/5 but even then I wouldn’t be able to confirm that.