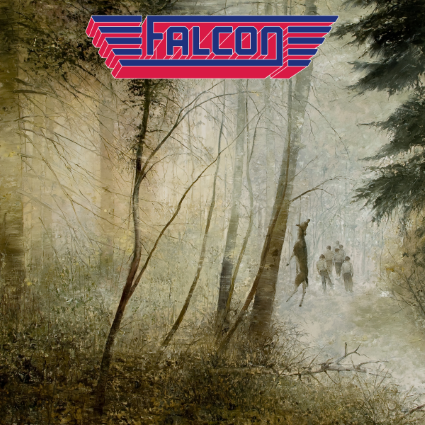 The astute reader will notice that the above web sites are not for Falcon (Ex-Circle). Apparently a band called Circle decided to license their name to another band for a year and then took the name of Falcon. But they still had to let people know they were Circle, so Falcon (Ex-Circle). After the licensing expired they took back the name of Circle, but had to let people know that they weren’t THAT Circle…so now they are Circle (Ex-Falcon). Make sense? I didn’t think so. I actually gave up trying to figure out who played what on this album. There’s a line up.

Anyhow, on the review. The blurb for the album promises “Stained-glass synths soar majestically across pulsing beats and power balladry” and “unapologetically populist arena-sized sounds beamed in from outer space.” I wish I’d gotten to hear that album, because it was not Frontier.

To be fair, everything on the album was played well and played very precisely. What Falcon (Ex-Circle)…..that’s going to get old. I’m just calling them Falcon. What Falcon failed to do was convey any type of energy or passion in their songs. I had to listen to the album more than once because the overall sameness of the songs led me to drift away from the album and realize I hadn’t been listening for the past 15 minutes. Heck, even after more than one listen not a single guitar solo stands out. I take that back. I do remember one guitar solo, but only because it was a simple ascending scale, repeated a few times.

Really, there was a lot of potential here. Ace of Hearts had a catchy opening riff, but it played nearly the entire song and seemed to fight with the vocals. Seasoned Girl as well started with a lot of potential, but just didn’t have any energy to it. Vocalists really didn’t show off any range. At the end I really couldn’t tell if Falcon was just playing it safe or playing to the extent of their abilities.

I give Falcon props for at least playing what they played well. I’d have rated them higher if any amount of passion or energy had come through on Frontier. I’d really love to hear some of the songs redone with boundaries stretched a little.