CD: The Mystery of Time

When I saw that Avantasia was due to release a new album I was immediately interested in giving it a listen as I always found Tobias Sammet to be an excellent singer(and one of the only singers I have heard to sound like Bruce Dickinson) and his other band Edguy I always thought were very talented musicians and songwriters.  I had never listened to a lot of Avantasia before this so I was somewhat going in blind.  So what did I get with Avantasia’s ‘The Mystery of Time’?  Well it wasn’t exactly what I was expecting but it also was by no means a disappointment.

‘The Mystery of Time’ boasts a large roster of who’s who in the metal genre of singers Tobias sought out to help bring ‘The Mystery of Time’ to life.  You have Biff Byford (Saxon), Michael Kiske (Unisonic, ex-Helloween) and Joe Lynn Turner(Deep Purple, Rising force)among others.  All of whom either co-sing with Tobias or you have tracks that you’ll have 3-4 people sing together.

I found the additional singers a nice touch and several songs to be really strong on the album, such as the opening track, ‘Spectres’, which has a great catchy chorus.  I found the songs featuring Byford and Kiske being the predominately stronger tunes with the exception of Turner singing in the opening track and Eric Martin’s ‘What’s Left of Me’ also being a highlight of the album.

What I found ‘The Mystery of Time’ to be, is an album featuring many guest musicians weaving a fantasy tale, written by Sammet, that would be cool to see conceptualized live.  I compare Avantasia to the likes of the Trans Siberian Orchestra and ‘Mystery of Time’ actually has the German Film Orchestra Babelsberg performing on this album.   The difference between Avantasia and the Trans Siberian Orchestra are that Avantasia relies on the stories Tobias writes to create the theme for the music while TSO has been using primarily the Christmas holidays for its theme.

I’m not sure as to the budget Avantasia would need to pull off a show that TSO could but I think what would really bring ‘The Mystery of Time’ all together would be a stage show that helped visually conceptualize the album.  As it stands the album is a good listen featuring some great songwriting and talent.  It didn’t grab me as much as I would have liked but I still enjoyed listening to the songs and the amazing voice of Tobias Sammet and the other singers.

Maybe one day we will get lucky and Avantasia will write a story about the movie Labyrinth, Sammet will rake in millions, produce a stage show to visualize the concept and David Bowie will reprise his role as the Goblin King singing ‘Magic Dance’ tossing around a baby. 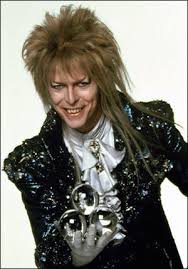